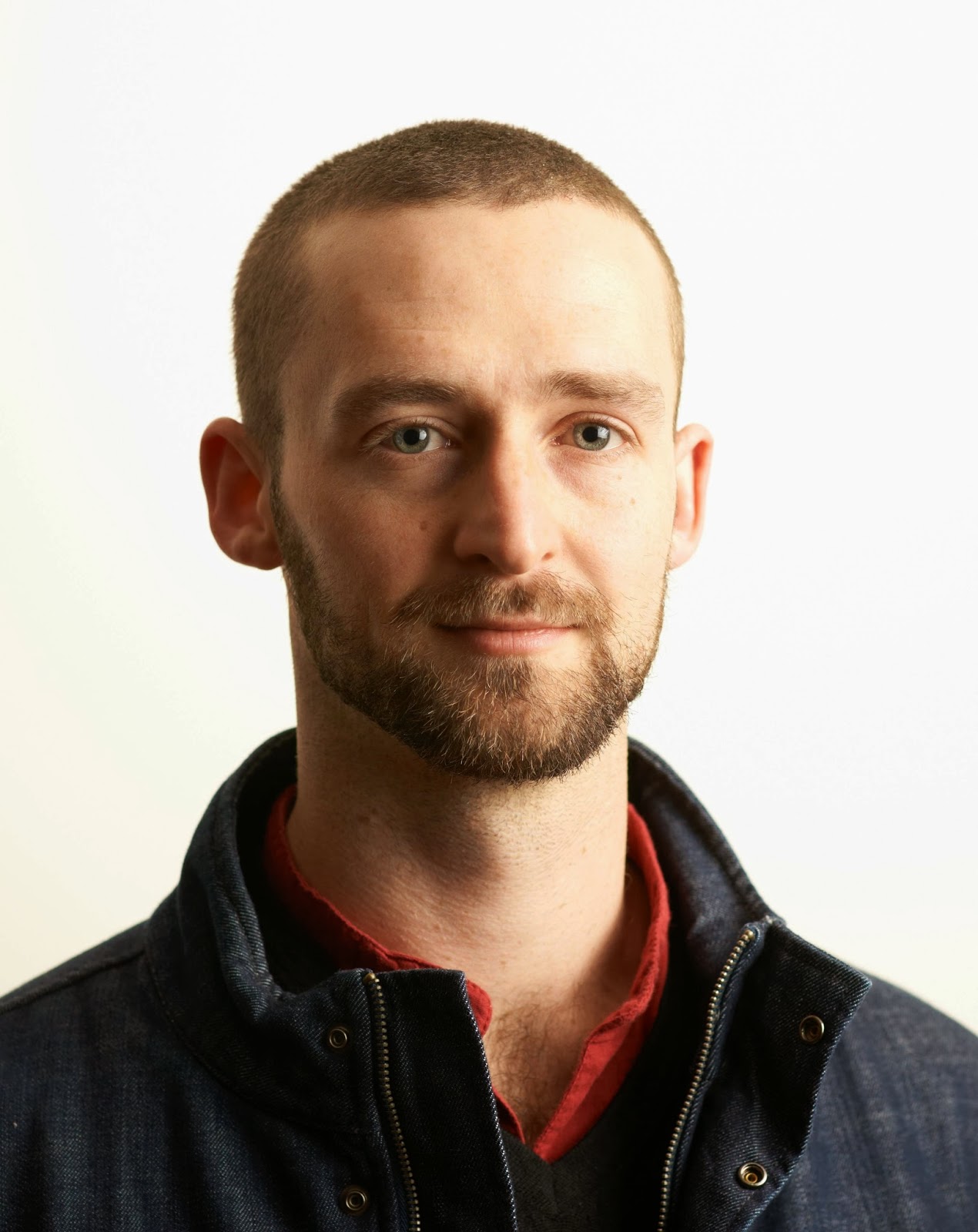 Physical Alchemy is the name of my business and also the name of a movement, re-patterning and physical cultivation method I am creating based upon my studies, training and experience in the last 12, or so, years.

I am a practitioner and instructor of Stretch Therapy and Monkey Gym [Strength & Flexibility] methods, and a practitioner of soft tissue therapies.  The methods I employ are fundamentally about transmutation (positively changing, transforming and refining) of the physical body.

Theoretically, I draw influence from the sciences (anatomy & physiology; ecology; biology; exercise science; neurobiology; psychoneuroimmunology to name a few); the intellectual heritage of the Stretch Therapy™ syllabus; the Structural Integration [Rolfing and others] school of bodywork; human ecology; art; history and philosophy of science and medicine; anthropology and the life sciences of China, India and greater Asia.  On a movement level I draw influence from the traditional and modern martial arts; the Stretch Therapy system; Western physical culture old and new, and my own exploration. On a more mystical level I am heavily influenced by Zen/Ch’an Buddhist practice; Daoism; Sufism; Gurdjieff and the enneagram.  An odd mix, I admit. 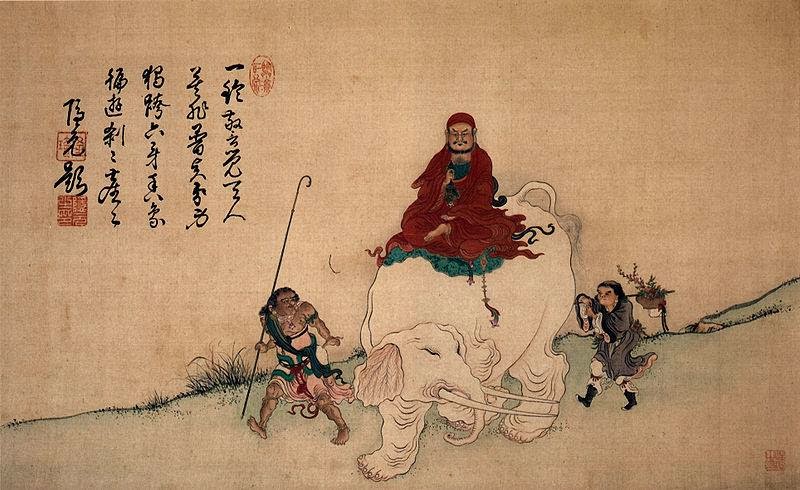 My fascination with transformative practices and methods began with my first bodymind transmutation via training in the martial arts. I experienced another of these transformations using the Stretch Therapy method; and then again through practicing various contemplative methods and techniques.

Each of these transformative periods and the practices involved in them led me to view my previous incarnation (my self before the training) as only being partially alive; embryonic.

The reality I inhabited after each step was so radically different that it rendered the ‘old me’ obsolete – with only the true aspects of myself coming along for the ride into each new stage.  Often difficult, sometimes painful, nevertheless what happened was alchemical each time.  I had been transmuted.  I had learned new information, yes;  but I had also put down much unnecessary baggage and felt the lighter and happier as a result.

These transformations now inform my observations of the world. Sadly, what I (and other peers) perceive is there is a silent epidemic of lack of body awareness and embodied presence in the people who live in Western cultures (and many other developed nations) and it robs us of the joy of living with full aliveness.

Many people move around in unnatural and unconscious ways, unaware of their surroundings and themselves (yes, even their own bodies!).  They are armored against sensitivity and creative expression.   They are often collapsed, hunched, weak, tight, restricted, brittle and uncoordinated when they could, and should, be open, graceful, strong, supple, agile and bodily aware.  Moreover, many are either unaware of this reality, or rigorously deny that it is happening at all – very few simply see this, accept it and start doing something about it.

I believe if we are to survive and flourish in this 21st century, we need people coming forth at full capacity and full creativity.  Working at transforming your own bodymind to some degree is a great place to start (and possibly the only place to start).

This was the seed from which Physical Alchemy germinated. Now I am blending the elements I found most useful from the teachings I have studied into the ‘bones’ of my method.  The ‘muscles’, ‘organs’, ‘fluid systems’ and ‘nerves’ of the method will be added via my continual practice and refinement of what I have been so blessed to have learned from my teachers, and from what other influences I continue to study and explore.

What I mean by this is the removal of inhibition and unconscious culturally conditioned movement patterning from the nervous system; re-modeling restrictions in other soft tissues and dissolving the character armoring that is legion among the adult population of this society (and even among the young, these days - disturbingly).

The Physical Alchemy method seeks for its practitioners to return to the child-like state of wonder, spontaneity (wu wei) and shoshin (Beginner’s Mind). To do this, there must be intentional letting go of inappropriate belief systems and views about the world.  Physical Alchemy is training to create balanced and aware individuals. 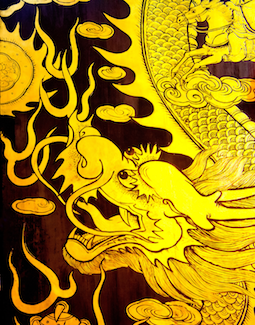 The core of the Physical Alchemy method in its current incarnation is:

People often train one, two, sometimes even three of the above categories well – but very rarely are all four cultivated with equal intensity, intelligence and passion. 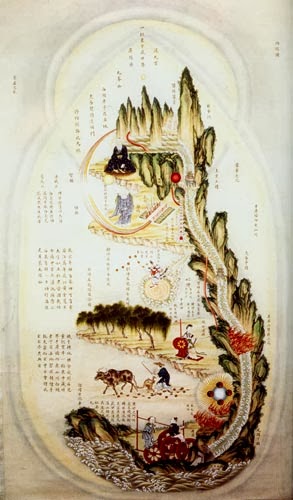 The Re-Enchantment of the Body
The Re-enchantment of the Body is concerned with all things increasing body awareness, kinesthetic sensitivity and the cultivation of a ‘full body map’ of sensory location in the brain.  This involves systematically becoming aware of the interior (and exterior) of the body, of all the asleep and missing sensory information from: muscles and soft tissues, nerves, visceral and digestive organs, lungs and blood systems, other fluid systems.

It is also the working towards cultivating ‘Total pulsation’[1], a body that has all the subtle motions and pulsings of the organs, glands and other pulsation systems working in harmony; a body that has the nerves and blood vessels un-adhered within the myofascial matrix.  A body that is un-restrained and functioning in a natural way.  The same, or very similar, concepts are found in osteopathy and Daoist medicine and cultivation practices.

Soft Body Skills of all types are included here: self-massage and soft tissue work (using both Eastern and Western perspectives); body and spatial awareness practices; suppleness and stretching exercises that are more subtle and deeper than the stronger stretching methods included in the Tiger Body section. This also has a soft tissue textual component – what is the palpable quality and health of the tissues, besides their movement capacity. It aims at reducing the amount of unconscious, ‘parasitic’ tension in the body and freeing up wasted energy.

Freeing the Breath (releasing and re-patterning dysfunctional breathing patterns) and Deep Physical Relaxation (learning to activate the Relaxation Response in the parasympathetic branch of the autonomic nervous system and bring the experience of deep physical relaxation to the body).   Both of these I view as essential survival (and "thrival" - if that is a word!) skills for the madness, stress, increased communication and uncertainty of the 21st century.

One of the goals of working with these yin skills is to re-ignite the Radical Plasticity* of the body (it is there in babies and some children).  In my terms Radical Plasticity obviously involves the currently trending neuroplasticity, but is wider and  more general in its scope, basking in the wondrous regenerative capacities of the human body as a whole - when you get it working in the specific manner that is natural to it.  To this end, The Re-enchantment of the Body also involves themes of longevity and rejuvenation.

A great one-line quote from one of my teachers (Kit Laughlin) that points directly at the essence of the Re-Enchantment of the Body, is: “Increasing the sensations of being alive”.

Tiger Body
Tiger Body is the yang counter-part to the yin training methods that are encompassed in The Re-Enchantment of the Body syllabus.  It is training for a balanced combination of strength, flexibility and agility.  It is a body that wastes little energy in movement and has the ability to relax quickly and fully after moving.  It is a body with a high movement vocabulary (movement lexicon).  The goal is to attain the proverbial body like a jungle cat.

To expand just a little further, Movement Lexicon is the continual playfulness and exploration of the vast capacity of movement available to the human form.  It emphasizes quality before quantity, and working on movement patterns without too much of a conditioning component (keeping the system fresh). It is large, visible movements and small, subtler movements, done internally - getting movement into any joint that has movement potential.

Play is tempered with sessions of specific strength, flexibility and agility work (which are also fun, just not as exploratory).  Methods combine techniques and ideas from: Monkey Gym syllabus; Stretch Therapy™; kettlebell training & bodyweight mobility-conditioning (largely drawn from my studies with Steve Maxwell), agility and movement drills from martial arts; Gymnastics; Parkour and Free-running and Feldenkrais, to name a few.  General conditioning and fitness are not emphasized. 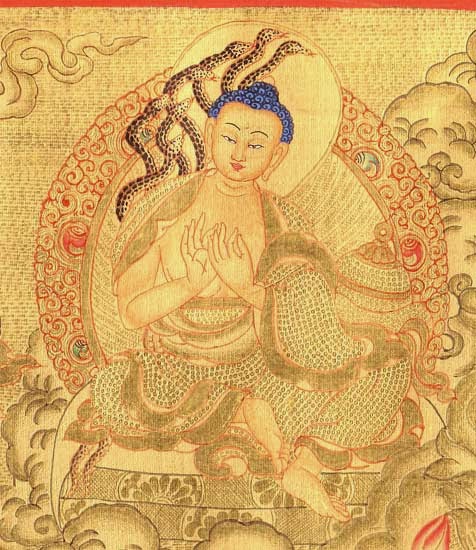 Awareness
Awareness is a clear mind.  A mind not entranced by wandering thoughts, emotions or stuck in fantasies about the future or past.  Awareness is bringing all of one's faculties to bear on a specific task.  A lot of what is classified as awareness in Physical Alchemy is bodily awareness (awareness of what is going on inside the body) and spatial awareness (what is going on in the immediate environment around the body) - or both simultaneously.   It is precisely the same awareness as the Zen just doing whatever it is you are doing.

Moshe Feldenkrais has great paragraph about how to use awareness to transform movement in Alchemical Movement.

“In those moments when awareness succeeds in being at one with feeling, senses, movement, and thought, the carriage will speed along on the right road.  Then man can make discoveries, invent, create, innovate, and “know”.  He grasps that his small world and the great world around are but one and that in this unity he is no longer alone”  Moshe Feldenkrais, Awareness Through Movement.


Intent involves a direction to which momentum is concentrated (it is the will, the hara); such as directing exercise done towards physical cultivation and the re-awakening of Radical Plasticity in the body.

“Be strong to be useful” - a quote from Georges Hebert, is a great principle. Why not be strong, flexible, agile and have a high degree of embodied awareness, too?  It’s fun(!) and feels great on a number of levels for the individual; and there is a great healing on a cultural-body level to be had here, too.  The split between mind and body, and humans and Nature needs to be sewn up. Many of the unfortunate hallmarks of this modern culture: depression; un-happiness and lack of contentment; pain and movement dysfunction; ‘stuckness’ of all types; obesity and anorexia (body image-sense disorders) can be linked to this silent epidemic and often healed via movement and awareness training.

My aim in bringing Physical Alchemy into the world is primarily at developing a practical method. I’m interested in getting down to practice over knowing a lot about practice and movement.  Studying and reading fascinating philosophies and sciences is great, but at some point you have to put that down and go out and do something.


To echo Goethe via Bruce Lee "Knowing is not enough, we must do". 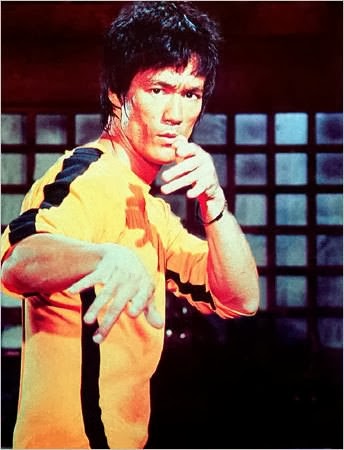 Physical Alchemy gives highest priority to the doing (which is a type of knowledge), with discernment and diminishing returns being applied to intellectual knowledge and habitual reading. They are obviously useful – but the goal in this system is to become as high a level of practitioner as you can; not a philosopher.

As Physical Alchemy matures, with it, I predict a group of like-minded practitioners will gather; a group that explores, tests and refines these exercises and practices – always looking for improvement and evolution of the methods.  I am very excited by this, as I will learn many new things via this process.

Classes –  my Stretch Therapy classes at the moment are more about the Re-enchantment of the Body, flexibility and un-patterning aspects - suppleness, relaxation, breathing and of course increasing range of movement (one of Kit’s other favorite quotes is “Attaining grace and ease in the body”).

The Monkey Gym (Strength & Flexibility) classes are aimed at the Tiger Body set of attributes, with play and increase movement vocabulary in there too.  Adding the awareness and intent to either class gives the higher benefits, but must be practiced via the individual. No one can do these for you.

If you have read this far, something has resonated with you.. come and explore, play and transmutate!


"A child-like man is not a man whose development has been arrested; on the contrary, he is a man who has given himself a chance of continuing to develop long after most adults have muffled themselves in the cocoon of middle-aged habit and convention."- Aldous Huxley. 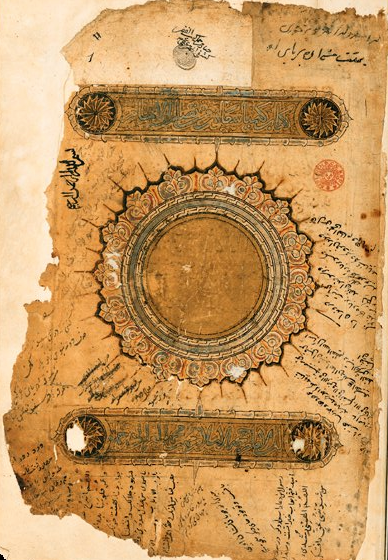