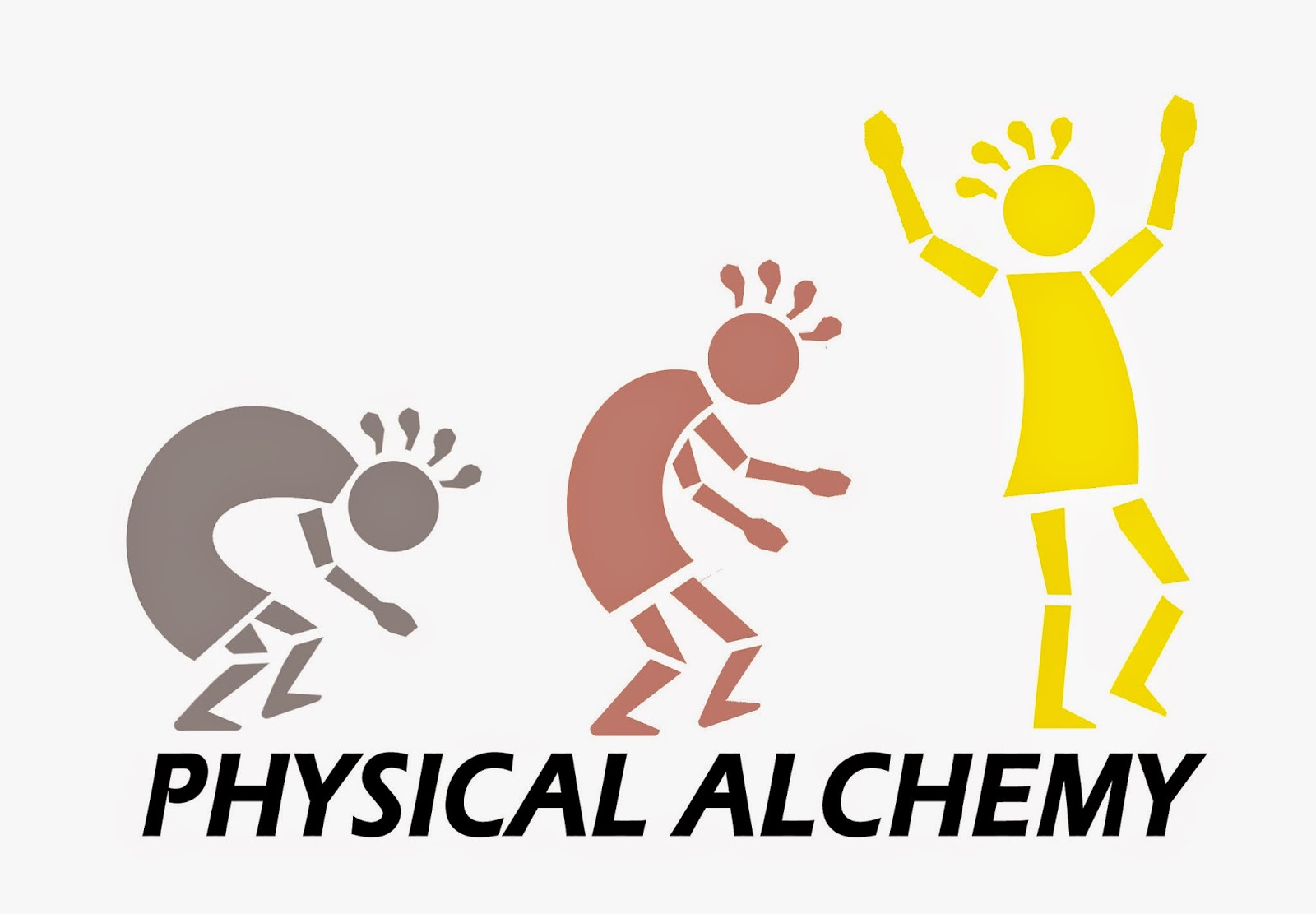 
In my 30, or so, short years on this planet, I have borne witness to quite the acceleration of events and speed of activity in the day-to-day lives of the people around me, as well as in my own activities.  In the pursuit of 'progress' many have not questioned whether this is actually a good thing, or not. I think it is more likely to contain both good and bad elements. I posit that the 21st Century will require the ability to exert some control over the nervous system, breathing and relaxation - to buffer the increasing rate of information bombardment and complexity (madness) of life.

The ability to bring about deep relaxation in the body is not a given in this culture, regrettably. But it can be trained. Firstly though; one has to come to an honest conclusion that one is, in fact, not relaxed - and don't know how to go about attaining this elusive state (at least not at will or without chemical assistance).

There is much confusion here, in part coming from the experience people sometimes have of an illusion of difference "relaxation" in their lives; that is, they go from highly stressed to moderately stressed and the difference in stress levels feels remarkably relieving (no doubt) - but they have not actually (physiologically) activated the relaxation response in the parasympathetic branch of their autonomic nervous systems, and thus are not relaxed at any great degree.

I remember one day early 2008, walking around the campus of the Australian National University with Kit (probably after a coffee), and discussing relaxation (yes, coffee and relaxation - I know, I know!) and the yoga nidra practice - when he said something fascinating, that I have not forgotten.

He said: "Dave, out of all the chapters in my book (Overcome Neck and Back Pain) the most important chapter is the last (on relaxation); and nobody ever reads that one!".

Now, Kit wasn't actually saying that absolutely nobody reads that chapter, but he was merely using poetic license to comment that the amount of people who read the last chapter is small, and the number who implement it, is even smaller still.

What is fascinating about this is relaxation costs virtually nothing (other than the time taken to hone the skill-set), can be done in one's own home and is far more comfortable and pleasant than stretching or working out(!). Plus it has a whole host of health and life benefits to it (see below). This absence of interest is truly fascinating, and I believe it is linked with our culture's obsession with progress; meaning that things that are in the not-doing category, like relaxation, are shunned subconsciously.

Just a few weeks before this conversation, I had begun Kit's short-lived (but excellent) Deep Well Being course of which the yoga nidra relaxation and awareness exercise was a core practice.  Having just collapsed numerous systems of my body via long term prajnaparadha I was unable to train any of my usual yang methods (and was generally a mess), and was searching for restorative (yin) methods to rejuvenate my body and for something to take the place of my now missing training. The Deep Well Being course offered just what I needed, and arrived at a most auspicious moment! 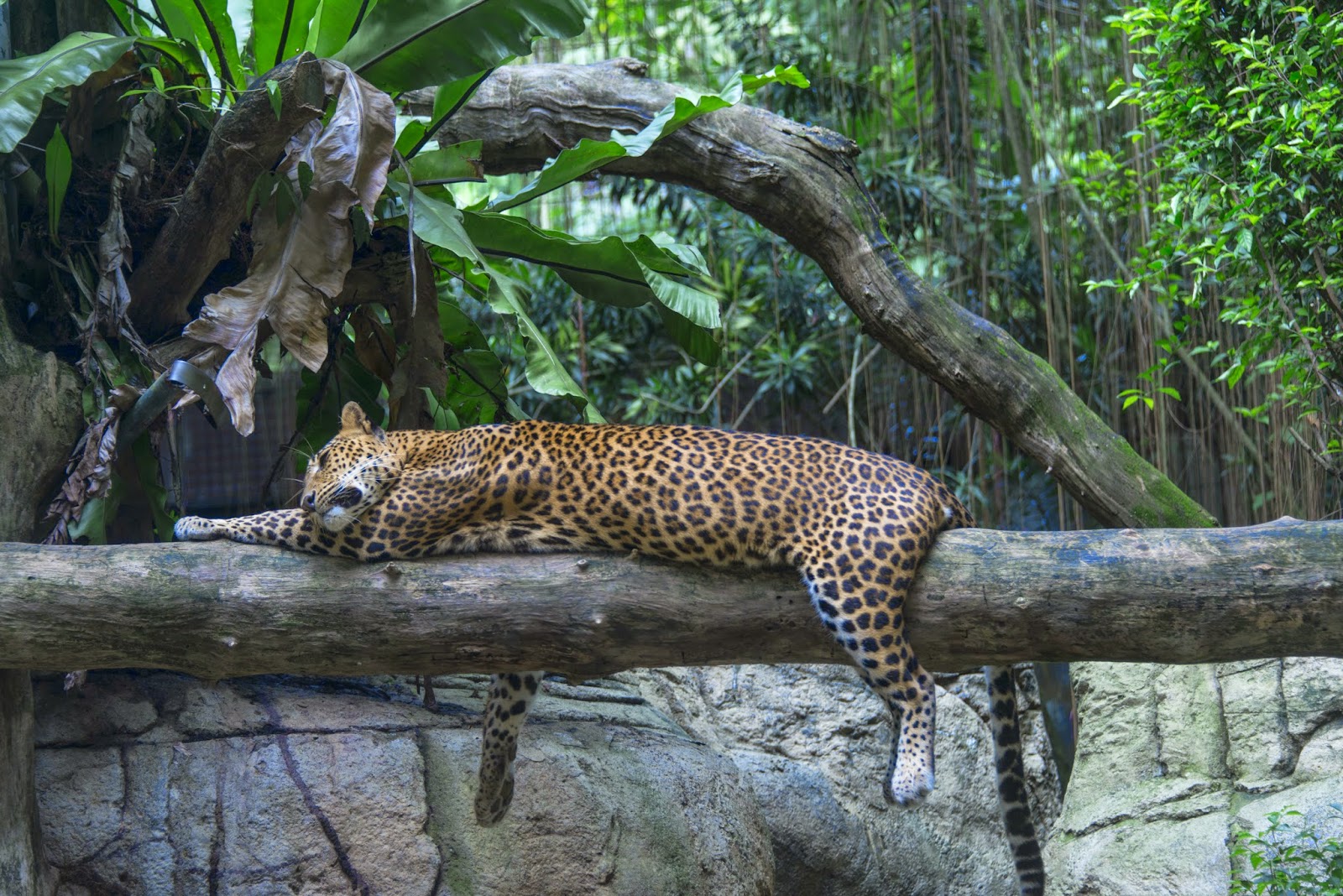 From my experiences during the Deep Well Being course, of actually feeling profound embodied relaxation, deep physical relaxation has become a core aspect of the Physical Alchemy method.
The yoga nidra and other lying relaxation and tension release exercises (Steve Maxwell had some great ones at his Mobility Conditioning Seminars) are fantastic practices to incorporate into your training and life.

As I have said elsewhere, I believe these types of practices will offer increased survival value in the unfolding complexity of the 21st century.

One major aspect of this silent epidemic of lack of body awareness and embodied presence (I need a shorter way of saying this!) we are in, is that people do not possess the ability to deeply relax the body and mind, giving them that sub-verbal itch (broken Continuum*) that manifests as not feeling content or at home within their very own flesh, muscle and bone. I believe this to be linked with the stress and anxiety levels of the populace (among many other inauspicious things).

For me personally, the ability to cultivate relaxation and the practice of yoga nidra were a revelation.  There were many profound benefits to this training; a few of which I will make mention.

Firstly, it changed my relationship between noise and sound.  This, as a youth who would wake up between 5 and 15 times a night, was no small thing - as it radically altered, for the better, my sleep quality and restoration. Entering the state described as yogic sleep, which is a deep bodily relaxation with mental awareness still intact, I used what is sometimes described as a rotational awareness focus. I would focus on one particular sound, and just hear it.  No labeling; just experiencing the sound, and feeling as if the sound were traveling through me.  Then, moving onto the next distinct sound that I found within the sound-scape.  In the Deep Well Being course it helped that classes were held adjacent a sports hall, so there were shoes screeching; basketballs bouncing; talking; air-conditioning; people snoring next to me; etc. Cycling between focusing on breath, and focusing on sound, totally re-patterned my relationship to external sounds and eliminated noise (which I define as the mind negatively (or positively) reacting and commenting on sounds occurring).

Secondly, the physical dimension of training deep relaxation has a number of benefits upon the soft tissues and tension patterns of the body. One of the primary Stretch Therapy dictum is: no unnecessary tension. My spinal curves which in the beginning were moderately uncomfortable (my spine was quite straight to begin with) and raised from the floor, relaxed so that my whole spine (more or less) was on the floor when I practiced, and now, following practice and re-patterning, its default position of floor based relaxation is all vertebrae touching the floor (which the brain interprets as non-apprehensive and thus relaxes the para-vertebral muscles much more profoundly than if there is daylight under the cervical and lumbar curves).

Thirdly, breathing and the muscles that co-ordinate breathing relax and expand, allowing more air to stimulate the parasympathetic receptors found within the deeper recesses of the lower lobes of the lungs, leading to further relaxation and activation of the relaxation response .

There is also increase sensory awareness of the internal movements that make up the breath. The increased effectiveness of 'belly breathing' has flow on effects (affects) in the visceral and digestive organs, and other branches of the nervous system. The enhanced interiority lends itself to feeling the various pulsations of the body in more detail. There are some additional things I do in the the yogic sleep state for breathing that I will elaborate on in a future post. 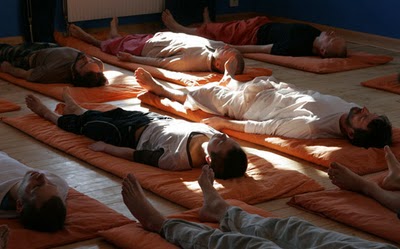 This list doesn't really do justice to having these experiences (especially for the first time), and as you practice regularly other cooler things happen, too.

Once you have regularly had the experience of actually being deeply physically relaxed (mental and emotional relaxation often follow suit when the body relaxes) whilst lying stationary on the ground, rugged up and in an environment conducive to learning to relax, it may become possible for you to bring this state into other postures, and into doing slow movements; and then, perhaps eventually, maintaining being deeply relaxed in daily life.

Further, and linked to my last blog, I see both the experience of letting go and being able to deeply relax physically as being crucial elements in moving from 'stretching' to stretching (aka. Stretching to Stretching 2.0).

There are other elements to this, but these two are primary experiential elements of this evolutionary jump. The lying relaxation (yogic posture shavasana 'Corpse Pose') offers a great entry point for beginners, and is also useful in re-training adults to be comfortably and relaxed on the floor again.

Traditionally, the yoga nidra practice is classified as pratyahara (sense withdrawal) the 5th limb within the framework of The Yogasutra of Patanjali and aims to induce the practitioner into a state of consciousness somewhere between the normal waking state and the dreaming state (yogic sleep). The book itself (Yoga Nidra - Swami Satyananda) goes on to list many other benefits (aside from the ones I have mentioned) flowing from continued, regular practice, such as:  release of three-fold tensions (muscular, emotional and mental); increased creativity; re-patterning of the sensory-motor homunculus; as well as many other health and more esoteric benefits.  It should be noted that similar techniques are found elsewhere, and are used for preparation for various trance-work and lucid dreaming practices.

It is also interesting to speculate about the endogenous auto-alchemy of neurotransmitter substances, brought about by gaining some control over the autonomic nervous system ('Getting high on your own supply'). But, besides all this theory and conjecture, the simple experiential sensations of being deeply relaxed are worth the (very) low price of admission.

These simple practices can be programmed in a number of ways, but first you need to learn the basics of the skill-set (see Notes below). Once you learn to bring about the experience of relaxation more regularly, you may notice that you can observe, more easily, the tension and stress saturating everyone's bodies. It's sort of a 'be relaxed to see relaxed (or not)' type of thing.


Do yourself a massive favor and learn the simple art of deep physical relaxation.  If you're truly interested in all things physical cultivation it is a necessity to learn these techniques.  Active recovery and restoration is an entry level benefit, but deep relaxation flows into all aspects of your life and begins to untie the knots restraining full expression of the human being.

p.s  Check out the notes section for a link to some free yoga nidra/lying relaxation Mp3's recorded by Kit whilst teaching workshops.  They are high quality (Kit's voice-recorder looks like it fell outta a UFO! I'll see if I can get a photo of it..) and free**. 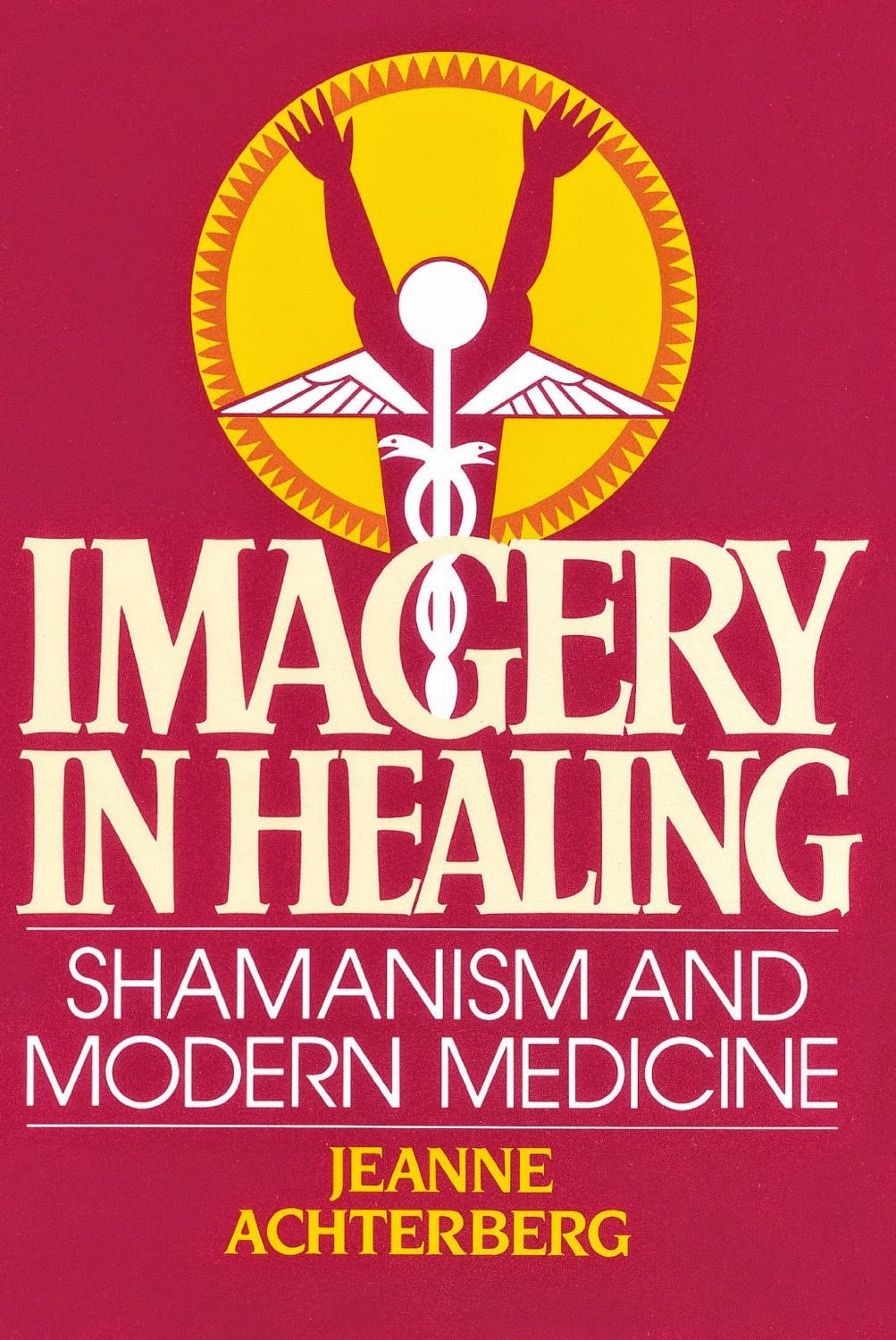 Notes:
*The Continuum Concept - Jean Liedloff is an amazing little book that my good mate Simon (Ancestral Movement) suggested for me during my wife's pregnancy.  Not just for people who are about to have little humans to look after (but I highly suggest you read it if you are procreating), this book looks at the differences in imprinting between people of industrial nations and tribal peoples of the South American region - giving some startling insights that are very congruent with the Physical Alchemy methodology.  Many of the methods employed within Physical Alchemy could well be said to be aimed at 'restoring Continuum' to poorly imprinted adult humans of the industrialized cultures.

[*] The two books I read around this era, that were useful are:
Yoga Nidra - Swami Satyananda
Imagery in Healing: Shamanism and Modern Medicine - Jeanne Achterberg