HERE is a brief, but interesting, article on the health and healthy aging correlates of having a 'powerful handshake' (aka. grip strength).  The research of most interest is the million or so Swedish military recruits, who have their grip measured - then are followed throughout life.  Not too definitive, but interesting none-the-less. 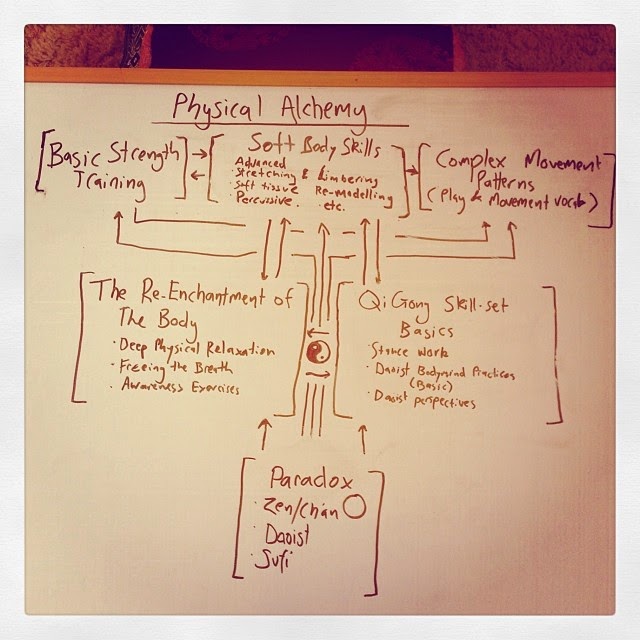 Posted by Unknown at 9:04 AM No comments: 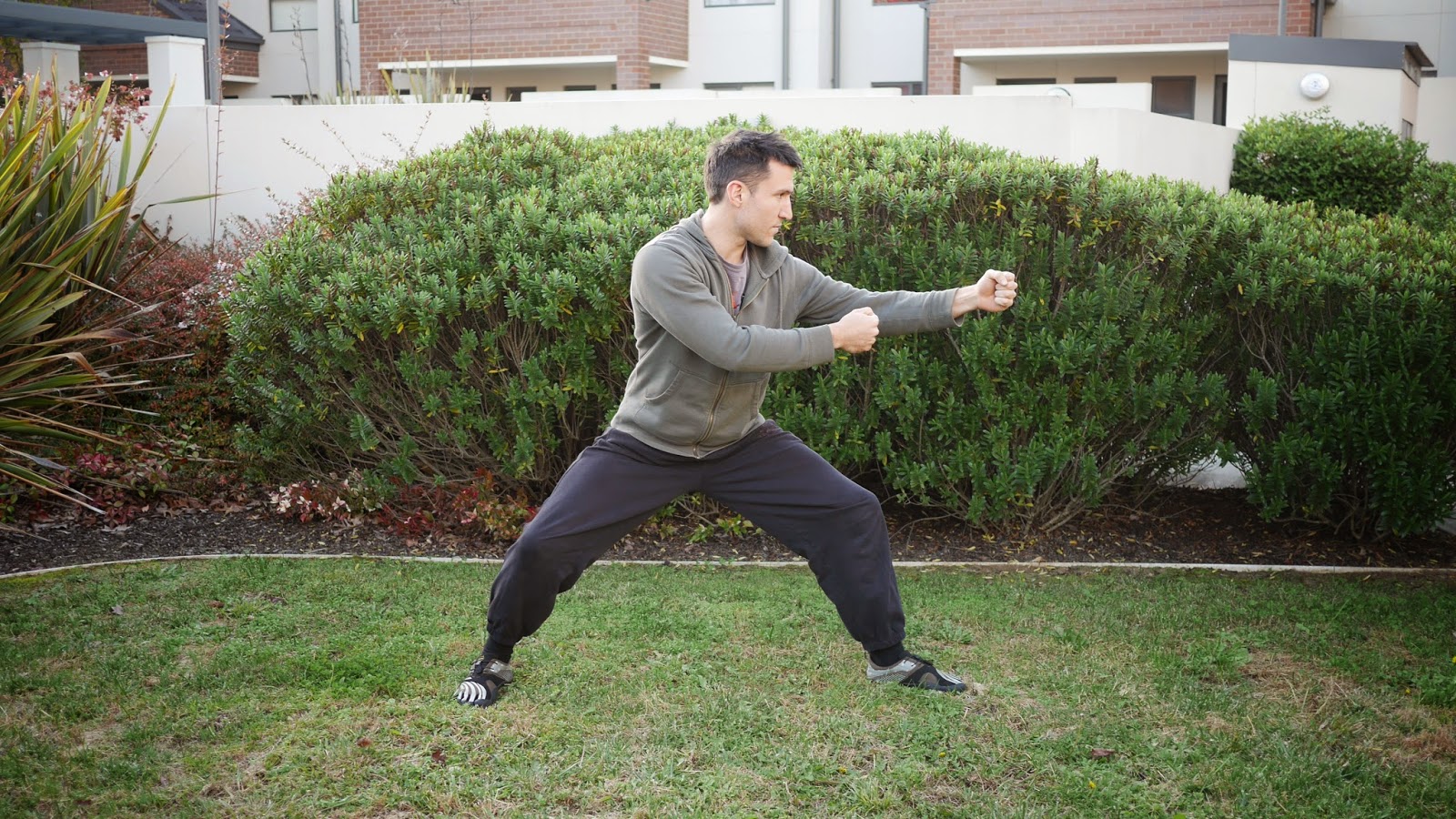 About a thousand years ago I was having a conversation with my good friend Dave about my standing meditation practice. I don’t entirely remember what we talked about specifically, but I do remember saying that I’d write an article on the subject for Dave to use as a guest post on his website.  Despite best intentions, I promptly forgot about it for a long time and ended up writing a bunch of other articles and guest posts for other people and left Dave crying himself to sleep every night (at least I like to think that’s what happened). Dry your imagined tears Dave, it’s time for me to finally make good on my promise!


Standing meditation appears in quite a number of traditions. Yoga, Buddhism, Zen, Daoism and I’m sure many other traditions that I am not so educated on, contain variations of meditation practices; typically some variety of lying, seated, standing and walking/moving meditations.

Each method and tradition has different purposes and different outcomes. My particular practice is drawn from the arts of Xin Yi Liu He, Yang Tai Ji, Cha Quan and Qi Gong, all of which for the most part are built on philosophies drawn from Daoism (with a hint of Buddhist). From what I’ve seen, the Chinese traditions seem to have a lot more detail in the standing practice compared to other traditions, although this is more than likely just a case of the details of the other traditions not being as readily available, or that I haven’t learned them yet. 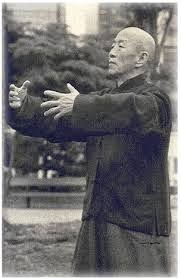 At any rate, I’m going to keep this article reasonably confined to the methods I have learned from the Chinese martial arts. Let’s start with some terminology. In mandarin, standing meditation is called zhàn zhuāng. 站 Zhàn means to be stationed or to stand and 樁 zhuāng is a post, stump, stake or pole, so common translations are usually “standing like a post” or “standing like a pole”. It is often shortened to standing post or standing pole. The idea is not only that you are standing, but that you are fixed in the ground like a stake or stump. Often imagery of being buried up to the waist line is used during practise to invoke this feeling of sturdiness.


Zhàn zhuāng acts as the core of most of the internal Chinese traditions, and is considered fundamental to proper understanding of internal skills. It is such an effective practice, that there is an entire style that practises zhàn zhuāng almost exclusively to great effect, called Yì Quán (意拳 - ‘Intent Boxing). It might be important now to note that there is more than one standing posture, each which has a slightly different focus.

One posture might be used for general health; others help with generation of whipping power, and others again that cultivate the feeling of qì  There are endless variations, as basically any posture that you move through in any of the forms or movement practices can also be practiced as a post. 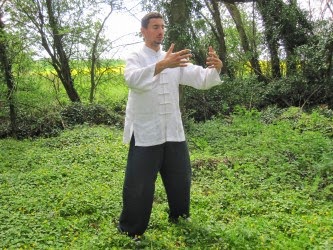 The most common zhuāng that is practiced and generally found across all of the styles, is called hún yuán zhuāng (浑圓樁 completely circular post, often also called embracing post, or embracing the tree post. NB: different characters appear to be used by different people, sometimes the second character used is yuán 元, which would make the meaning something like complete primary/basic post). There are other common stances too, such as sān tǐ shì (三體勢) and wú jí zhuāng (無極樁), but I’m not going to go into any detail on those specific practises in this article.  Instead, I will simply provide some global queues that can be used across all standing practises. If you are a beginner and wish to try this for the first time, use the hún yuán zhuāng.


Points of attention after set up:


Before I wrap this article up, I want to mention a very important point in this practice.  There is some variety of cascading effect that happens when you practice standing pole every day that allows progress not available to those who do not practice daily. It’s as if you build up a particular momentum doing daily practice, and if you stop, you must then expend more energy to build it up again.  My teacher would always say “miss one day, and you will need three days to catch up”.  In fact I’m reasonably certain this is a paraphrase of one or more of the classical texts surrounding these topics. At any rate, I have definitely found it to be the case, as it appears all of the fun exploration parts of the practice are only accessible to me after 2 - 4 weeks of constant practise, despite my 10 years of experience.

It’s also probably a good time to mention now that initial practice is very uncomfortable. To begin with, your body is going to tell you where your problem areas.  It will tell you this by making them become incredibly uncomfortable, possibly by trembling and shaking, and more than likely by burning.  You are going to want to give up, and your mind will make up every excuse in the world as to why you should.  Here’s the interesting bit, you’re not in any real danger, and the body is more than capable of continuing (with the only exception being the knees, do not go too far into a deep posture unless you are definitely totally relaxed in the legs and hips!). It will be an exercise in persistence for quite some time until eventually, those points will relax and open up and become very comfortable. Sooner or later, the entire body will be engulfed in this feeling of deep relaxation and it will eventually get so comfortable that you won’t want to get up - a very different experience to pushing through discomfort to some preconceived end point.  If you don’t persist, or practice consistently, this will never happen.


Finally, I would like to finish this article with a link to some very classical views on this kind of practise.  If you read these and they don’t make sense, then perhaps its time to do some serious practise.  You can read them HERE and HERE.   Happy practice!

Posted by Unknown at 5:11 PM No comments:

Great Steve Maxwell Clip - Reflecting on his method and life 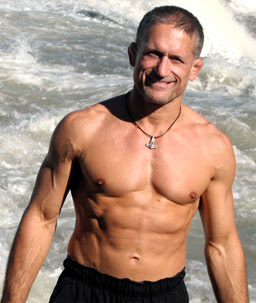 Check out this CLIP of Steve Maxwell, featuring a lot of footage from Steve at the place I train Brazilian Jiu Jitsu (Jiu Jitsu Kingdom)  - from Steve's most recent trip to Australia.  The clip is a snapshot of Steve and his methods as they stand at the moment, and a bit of a trip down memory lane it terms of the methods and systems that have been most influential to the formulation of his approach.

The clip is a refreshingly honest look at a man in his 60's and still loving Life (maybe even more than ever..); and contains some quotes on the simplicity needed for happiness through life.  I class Steve as one of my primary mentors in the physical cultivation methods I employ, and this clip showcases (again) a number of the reasons I like his approach so much.  Steve is truly one of the happiest humans I have met.

You might also want to check out Steve being Steve on the Joe Rogan Experience Podcast recently: http://maxwellsc.com/articles.cfm?art_id=3120

I recently attended two of Steve's Mobility Conditioning Workshops - and highly recommend anyone interested in physical cultivation and movement to check them out.

There are a number of great quotes from the clip (and a nice soundtrack), including this one:


"I guess if there is a secret to youth; it's play" Steve Maxwell.

The whole clip very much reminds me of another great quote:


"Happiness is not achieved by the conscious pursuit of happiness; it is generally the by-product of other activities." Aldous Huxley

I hope you enjoy it as much as I did.
Posted by Unknown at 8:23 AM No comments: